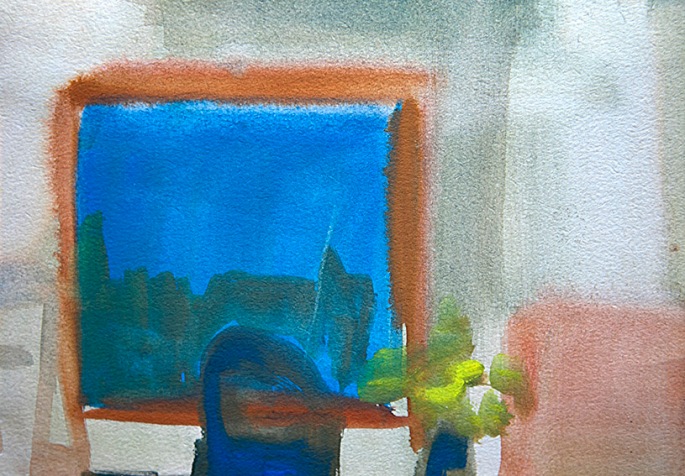 My two favourite painters, Vermeer and Hopper, shared an amazing knack for turning unremarkable moments and scenes into images packed with dramatic nuance and eternal resonance. Their most famous paintings offer graphic testimony to the enormous power of the “small still voice”, where the importance of the message belies its volume.

Lacking those two gentlemen’s genius, and in common with most regular artists, I was typically more of a megaphone artist when attempting to get my own pictorial messages across, relying on devices like huge canvases and epic subject matter.

However, even an artist of my own normal abilities could occasionally succeed in imbuing the mundane and the ordinary with a little charm and presence, especially, when I resorted to watercolour. For me, watercolour painting was an antidote to everything else I did, in oils and even gouache – a therapy almost – a sort of breathing exercise with brushes and colour, whereby I visually inhaled a scene; processed the scene in the blink of an eye; and then exhaled the scene through my water-sodden brush.

The pictures presented here are good illustrations of how a few simply applied watery daubs can raise a mundane suburban sitting room into a theatre of colour and light. No overthinking; just a touch of keen observation and easy application, and the everyday is morphed into the exotic. These watercolours are the closest I ever got to successful whispering.

(Incidentally, I should mention that I still have the originals of most of these images from my old watercolour sketchbooks and I’m happy to sell them for £400 each, plus, they reproduce beautifully as digital prints on fine papers for £100 each, plus postage and packing. All images, original and repro’ about 25 x 18 cm) 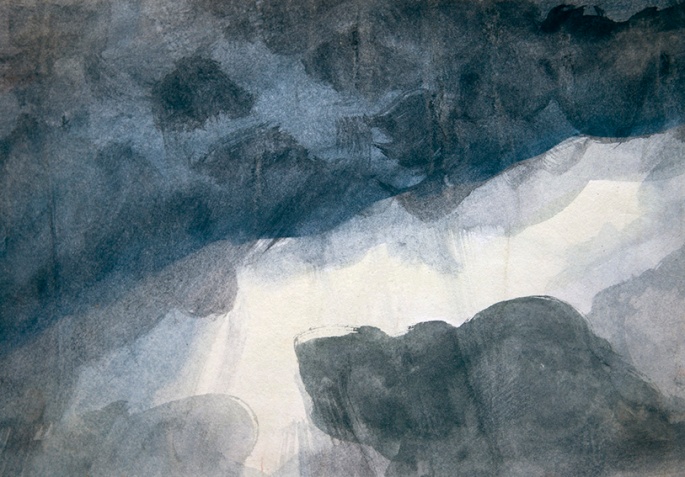 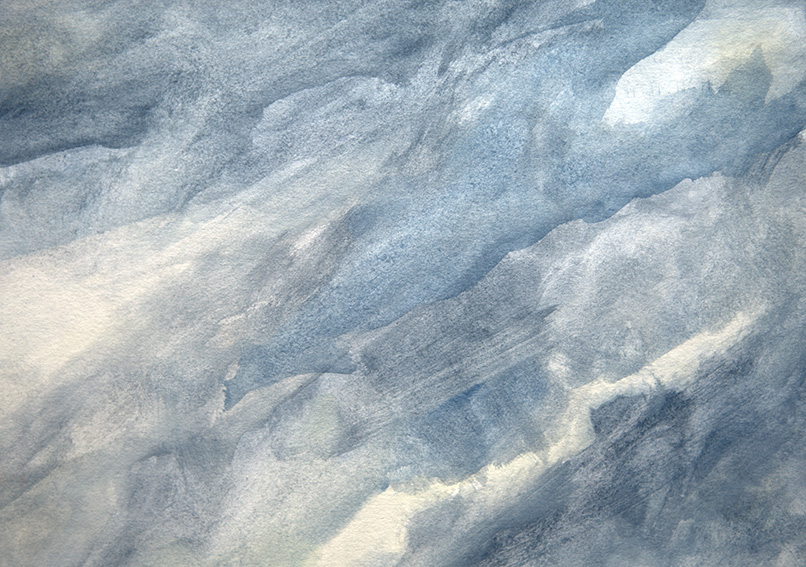 As we flew into Madrid a couple of flights back we descended through a dense and towering bank of clouds. From above, bathed in late afternoon sunshine the great stacks of vapour were a kaleidoscope of whites, golds and deep shadows. After a couple of minutes of being buffeted we emerged from beneath what appeared as an upturned flat grey carpet. The contrast between the two views, from above and below the clouds was stark, and as we made our landing approach the Joni Mitchel song From Both Sides Now came into my head (although I should say that I was hearing Sinatra singing Don Costa’s more schmaltzy arrangement). 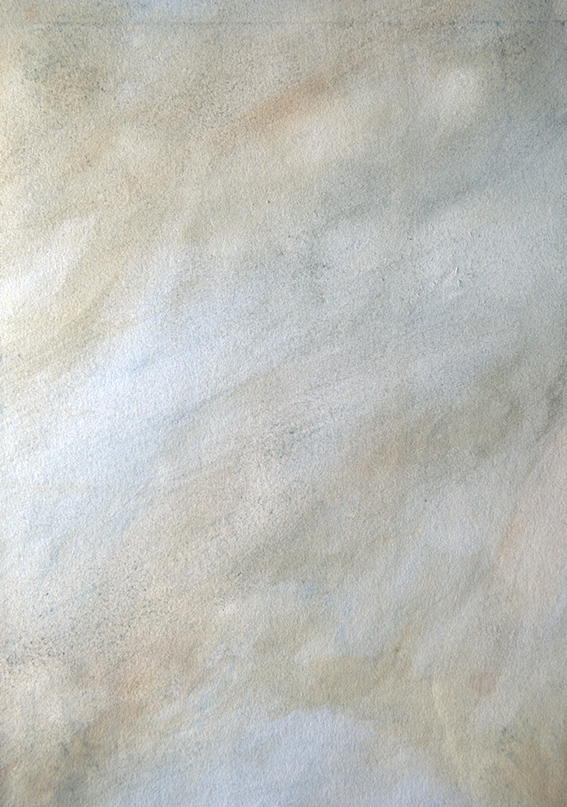 This in turn reminded me of my first year as a fine art foundation student at Harrow School of Art and the weeks I spent that autumn sketching clouds from my vantage point in the library. 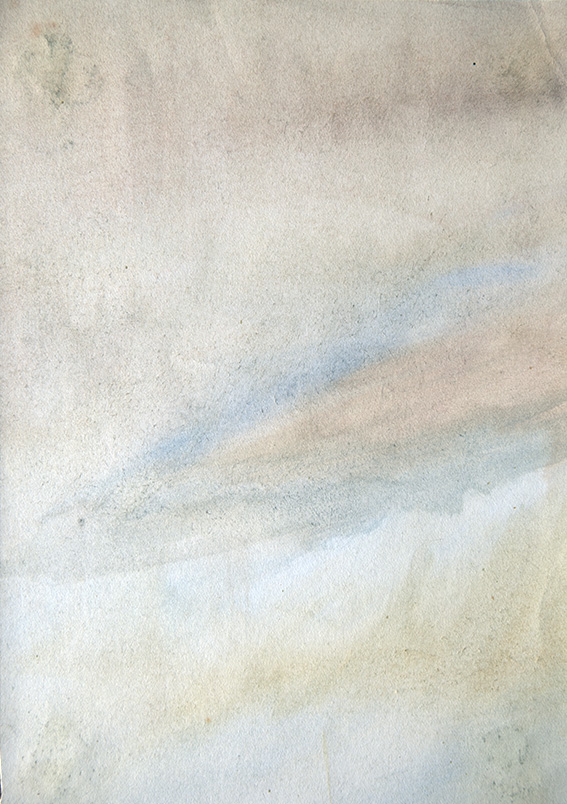 The library was on the top story of the building, and with its large picture windows offered unimpeded views of Harrow Wield and the constantly changing big skies above. 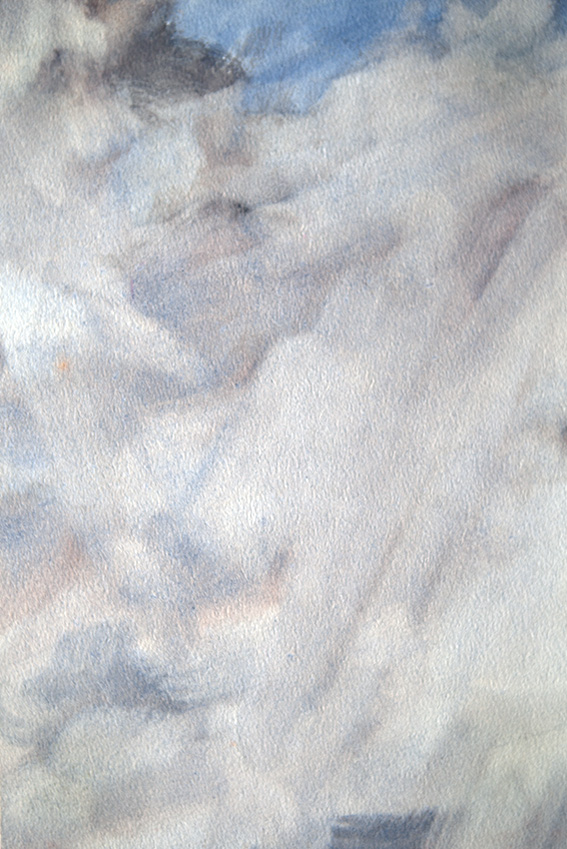 At this time in my burgeoning art career I was still steeping myself unashamedly in the grand English landscape painting tradition established by the likes of William Turner, John Constable and the sadly, mostly overlooked, John Crome. 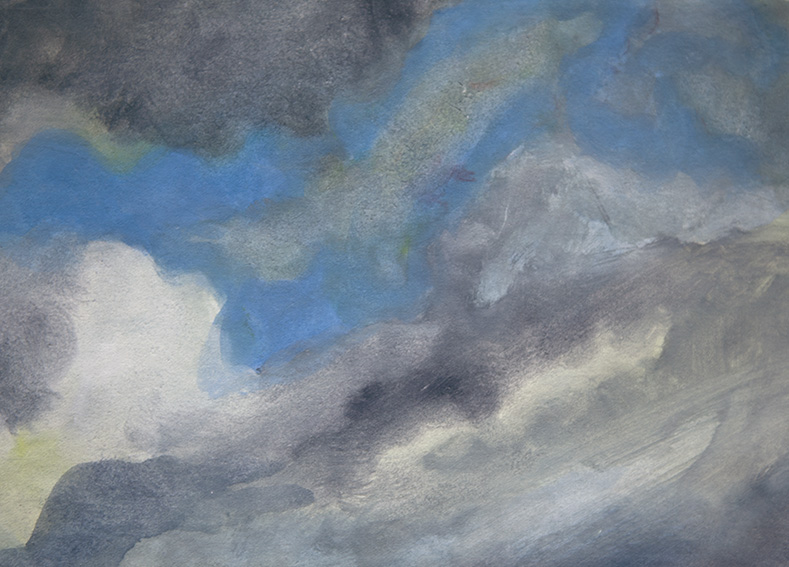 The importance these painters placed on accurately depicting the skies which illuminated and shaded the earth below is attested to by the reams-upon-reams of their cloud sketches still adorning the walls and the display cases of galleries throughout the land. And for me, as a student of English sky painting, it was the eternal freshness of these sketches which excited me so much more than most of these same artists finished masterpieces, which often appeared so formal and contrived by comparison. I remember the thrill I experienced the first time I saw Constable’s watercolour cloud studies at the Tate Gallery (now Tate Britain) as a child, and how these 150-year-old pictures looked as if they had just been painted. I could almost feel the frantic movements of the brush across the paper as Constable raced to capture a single atmospheric moment. 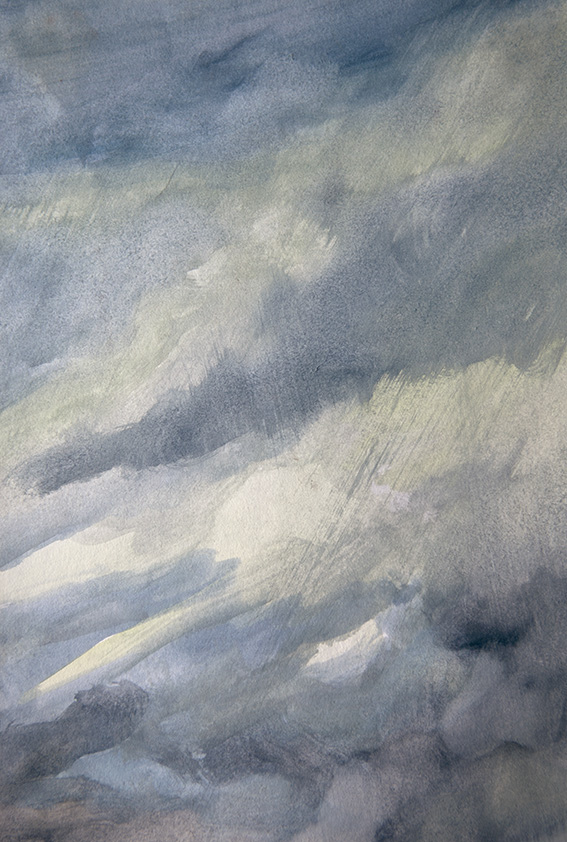 It was either Constable himself, or one of his equally gifted colleagues who once said “the more I paint clouds the less I feel I know them” – or words to that effect. For his part, Turner, in his desire to understand the nature of clouds attended the Royal Society lectures of pioneering meteorologist Robert Fitzroy. 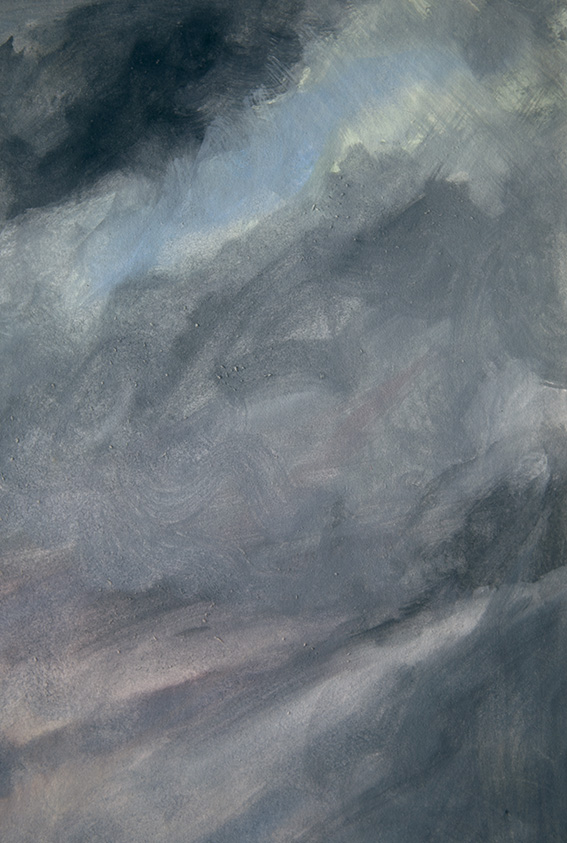 The one thing that both Constable and Turner did know about clouds was the part they played in defining English landscape. Virtually ever-present in our skies; masking and or diffusing the sunlight; constantly shifting the colour and tone of the land; the atmosphere’s grand controller of dramatic effect; the need to portray clouds accurately in paint was key. 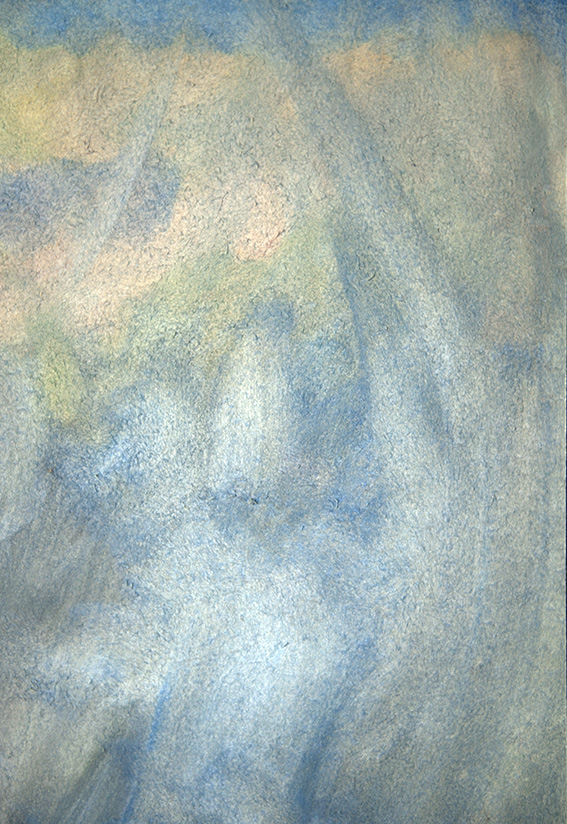 Anyway, the point of this appropriately rambling post, like banks of cumulonimbus scudding above the Harrow Wield, is to explain why I too, for a relatively short while at least, became obsessed with clouds, and despite studying them in watercolour for weeks on end came away realising the wisdom of Joni Mitchell’s lyric… 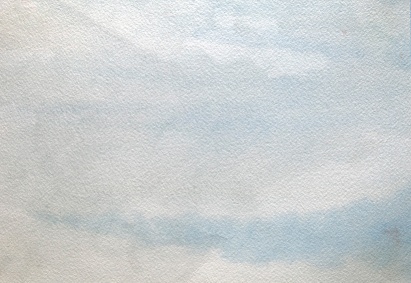 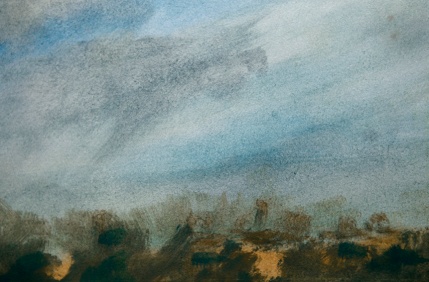 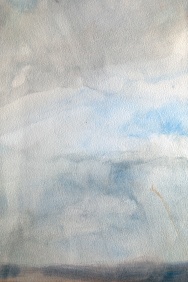 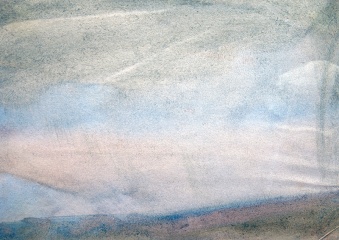 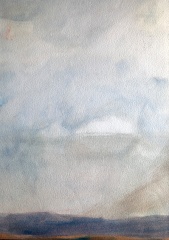 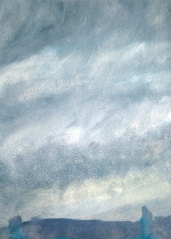 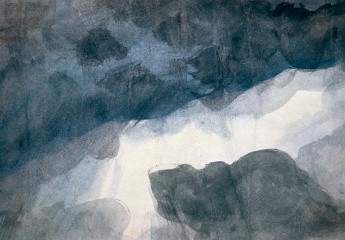 My Tweets
Join 184 other followers